Each quarter, the Board of Trustees of the EPPF reviews the interest rate applicable to the Additional Voluntary Contribution Scheme (AVC) and the Deferred Pension Scheme, taking into consideration the financial performance of EPPF’s investments.

The AVC scheme enables in-service members to make additional voluntary contributions in order to enhance their retirement or withdrawal benefits. The Deferred Pension Scheme provides a “parking” or preservation facility for the retirement money left in the EPPF by former in-service members, the “deferred pensioners”.

When considering the impact of our interest rates, one should consider the long-term nature of retirement funds and avoid looking at short-term rates only. There may be times when our interest rates are higher than those available in the open market, while at other times the rates may indeed be lower. This is due to the fact that our interest rates are based on past performance on a rolling four-year basis, thus lagging behind interest rates in the market. Over the longer term however, the end result should be comparable. The graphs shows the EPPF interest rates applied for each quarter from 2006: 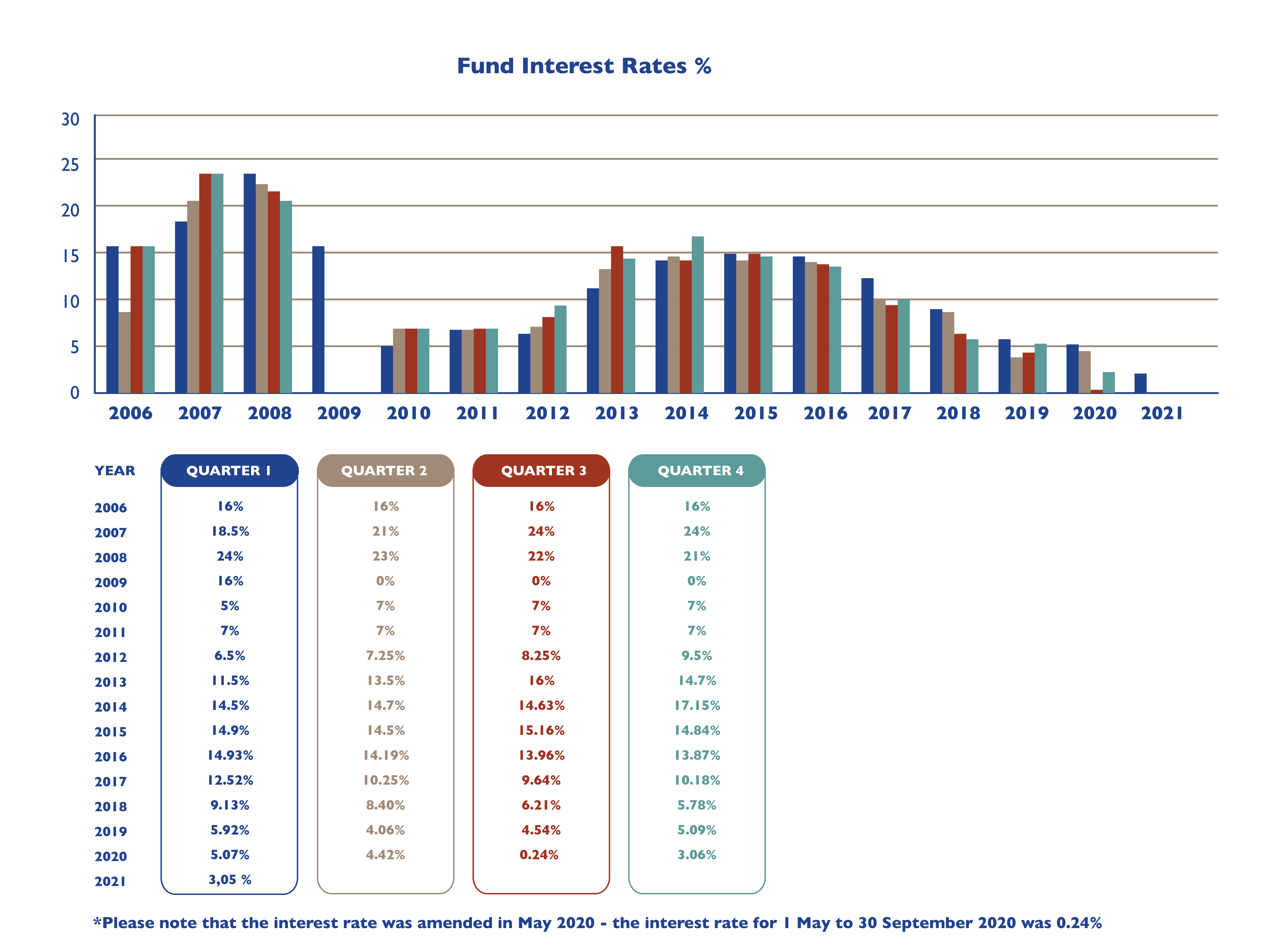